“There is no quantum world. There is only an abstract quantum physical description. It is wrong to think that it is the physicist’s job to find out what nature is like. Physics is about what we can say about nature.” – Niels Bohr

The world contains more than what we can see and feel. Niels Bohr revolutionized modern science when he put forward his theory that physics describes the world in terms we cannot immediately visualize or imagine. The truth may seem contradictory, and the paradox is only the outset for new discoveries. In 2022, it has been 100 years since Niels Bohr received his Nobel Prize in Physics. On that occasion, GLiMT will pay tribute and portray this iconic person and scientist with a magnificent multidisciplinary performance that challenges the laws of physics and – like Bohr – brings wonder back into the way we see the world.

Bohr was a special kind of scientist and an embracing human being who regarded his colleagues and students at the Niels Bohr Institute as one big family. Here, for example, they walked around with toy guns and shot at each other, inspired by how the gunslinger hero in the western films always won over the villain, even if the villain drew his gun first. In this way, Bohr proved that the immediate response is faster than the intentional action.

His research and especially his influence on the contemporary world of research still has a great impact on how we see the world today. In a scenography of blackboards, inspired by Bohr’s personal blackboard, which contained many smaller surfaces, the performance unfolds in different layers with historical reflections from the World wars, the development of the atomic bomb, the story of Bohr’s year-long playful feud with Albert Einstein, anecdotes from the Bohr Institute and scenes from a family life, where Bohr’s wife Margrethe played a special role in how the closely connected research environment at the institute developed, and where Bohr lost his eldest son in a tragic boat accident.

In GLiMT’s characteristic theatrical language, experimenting with the relationship between performers and scenography, the story is told with, for example, a cyr wheel at breakneck speed, illustrating Bohr’s research on the secrets of the atom, and bodily manifestations and illusions that distort time and space and challenge gravity. Through a strong visual and sensory performance, we will get closer to Bohr’s thoughts – and understand that our daily perceptions of our world conceal so many incredible secrets. 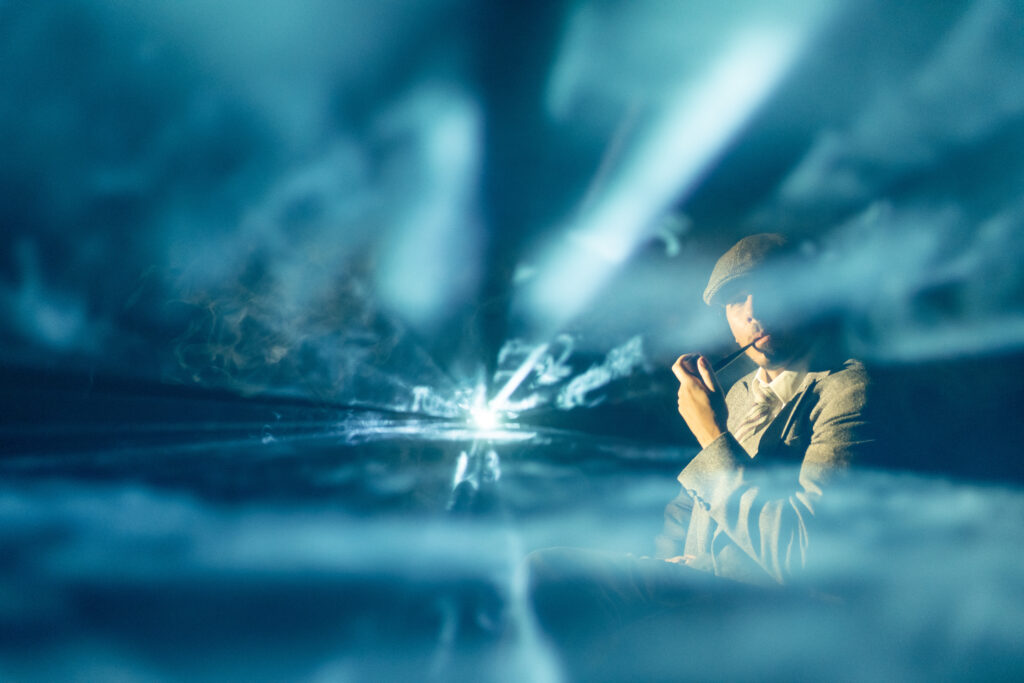 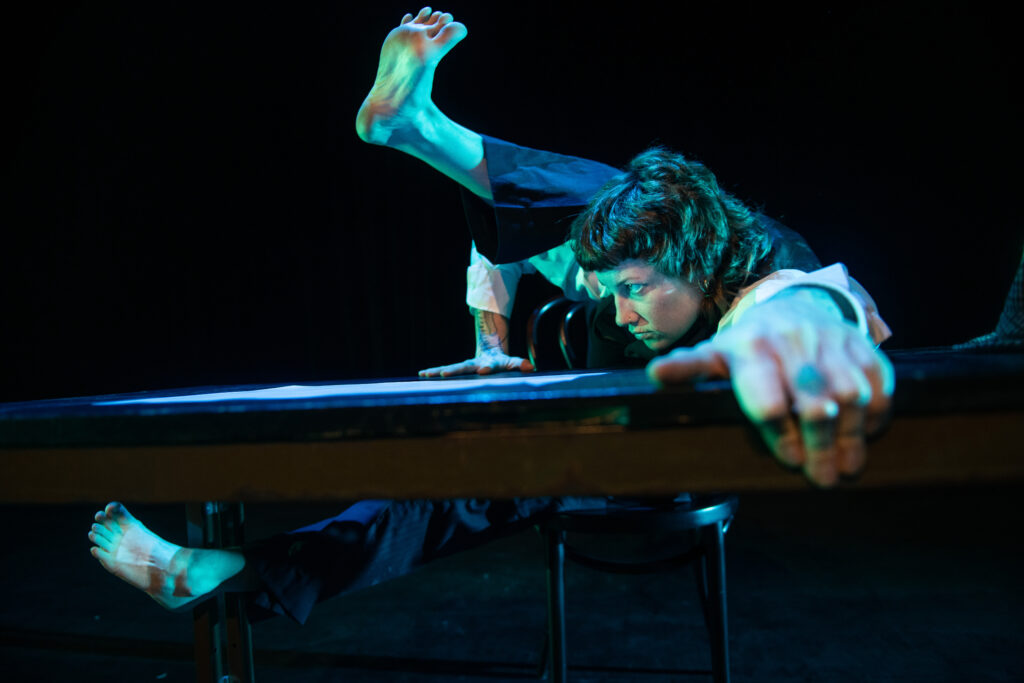 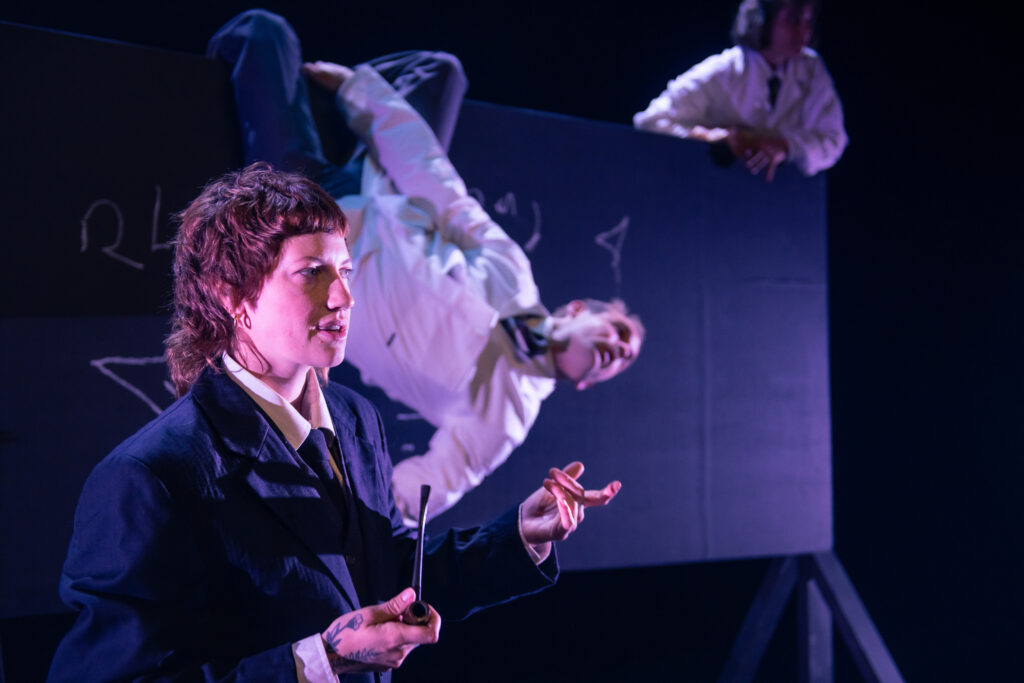 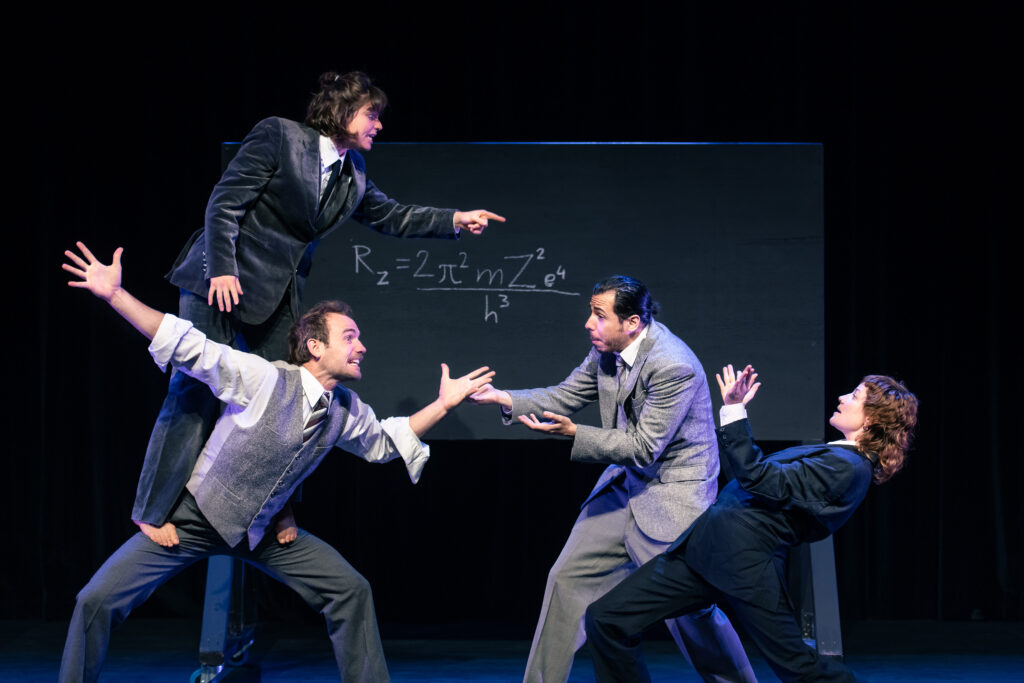 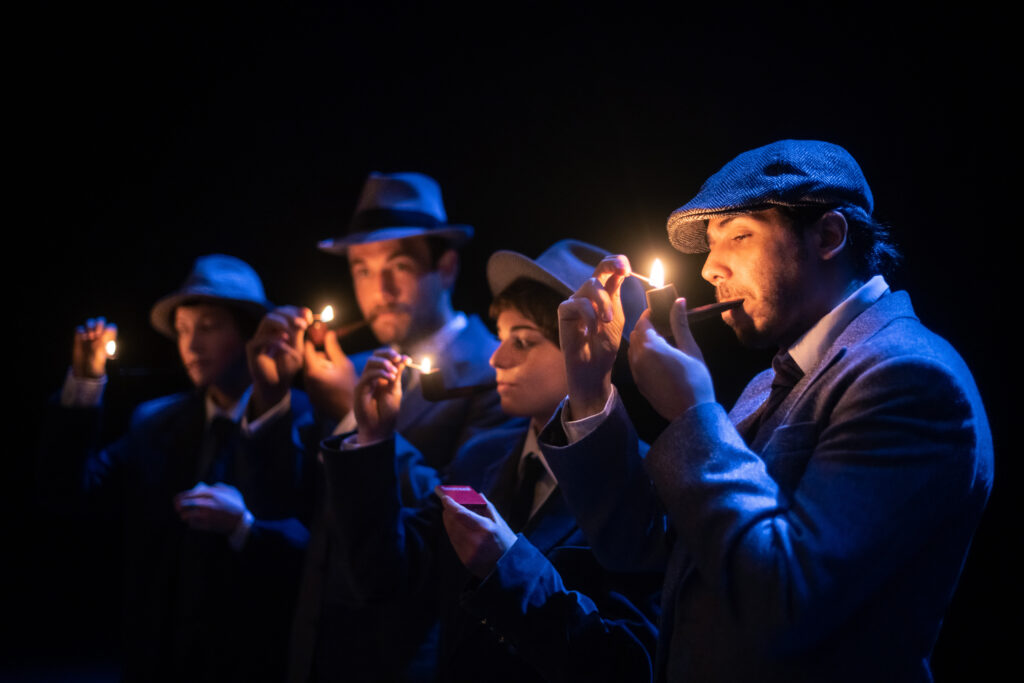 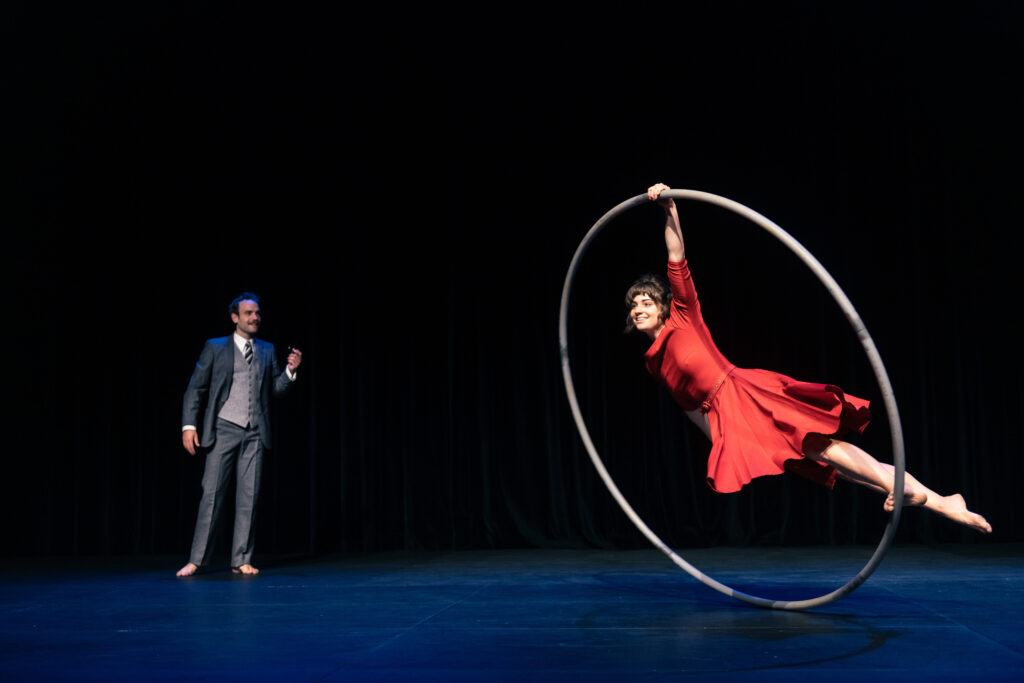