On Saturday 10th June, Bo Madvig received the prestigious Reumert Award for Dancer of the Year in the performance STRAINER. The performance is a co-production between GLiMT, Limfjordsteatret and Vendsyssel Teater.

In the motivation for the award, the Reumert Committee remarks: ” Bo Madvig can climb on the walls. In Strainer, he glides in and out of the windoes wiht his lithe, slender body, as if he belongs to his own species. He silently controls the other dancers, but more than anything he controls himself – all the way into the outer most joints, yes, almost even further. You cannot avoid being moved by this strong body artist.”

Bo Madvig celebrates his 40 year anniversary as a professional performing artist this year, and thereby crowns the achievements of a long career with the impressive award.

Bo Madvig comments: “I am deeply honoured. It is a great recognition of my long career and the physical work I achieve as a performer in STRAINER.”

STRAINER is a critically acclaimed dance/acrobatics performance about social rules, which toured throughout Denmark in the winter of 2017.

GLiMT plans to re-premiere STRAINER soon, and are in negotiations with an international agency about future international touring. 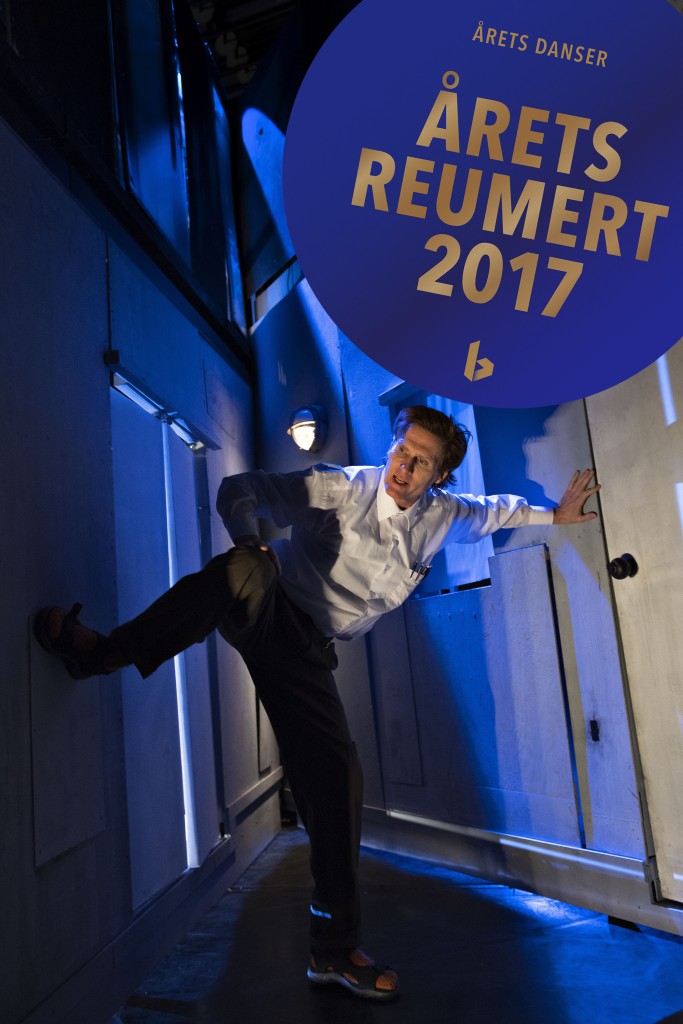 Join the group to share discussions, news about what we find interesting and a more loose talk between members.
The Facebook Group: GLiMT